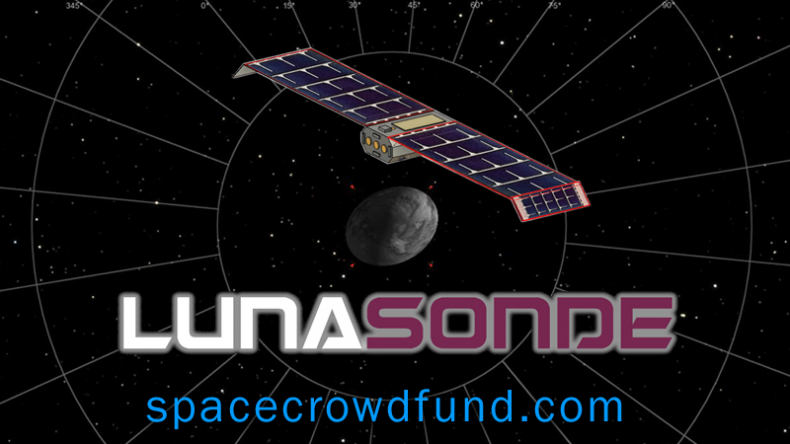 They are also developing a comprehensive data framework to analyse this valuable raw information.
The technology used for Asteroid Prospecting is a prerequisite for Asteroid Mining.

Their next activity will be the launch of Gossamer-1 in H1 2018, a technology demonstration that tests several subsystems to be used on their Saberwing satellite.
Phase 1 budget is $300,000-$500,000, which covers all research and development for both Gossamer and Saberwing.
They have raised 5% of their total budget, with a portion applied toward reserving a launch to LEO.
They are looking for space investors to raise the final amount.
As an emerging space startup they offer a good return on investment because their technology caters to Earth Observation and Space Resources.
Phase 2 budget will be larger, and includes the launch cost on a  Falcon 9 rocket to GTO.
Lunasonde is entering the NASA Cube Quest Challenge.

They are a new space startup raising funds on Space CrowdFund to assist in the establishment of their own company and entering the NASA Cube Quest Challenge.

LunaSonde’s entrant is Saberwing, a satellite that will demonstrate several unique technologies, including the ability to conduct exploratory asteroid mining missions.

The mission profile is to fly a gravity assist past the moon and onward to near earth object 2008 HS3. Onboard sensors will then detect the structure of the asteroid, and the presence of certain materials within the asteroid.

Visit the Jet Propulsion Lab for more informaiton on Near Earth Object 2008 Hs3.

Lunasonde have developed a plasma thruster that has the potential for massive improvement over Hall-effect thrusters and gridded ion thrusters.

The actual design is based upon a 60 year-old prototype that has been coupled with modern ultra capacitor technology.

By accelerating ions in a traveling-wave configuration, a deep space target can be reached faster than using alternate propulsion.

The Saberwing and CubeQuest mission to 2008 HS3 will demonstrate asteroid prospecting technology that can be used to provide valuable raw data to asteroid mining companies.

One of the team members is working on a compact muon tomography platform which can be used to see beneath the surface of near earth objects and determine their internal composition.

The subsurface detection technology can be used on Earth, and is can be extended to prospecting for resources in space.

The team leading LunaSonde offer a fresh and innovate prospective to scaling up the space economy. They can also rely on the expertise of several seasoned space tech veterans. 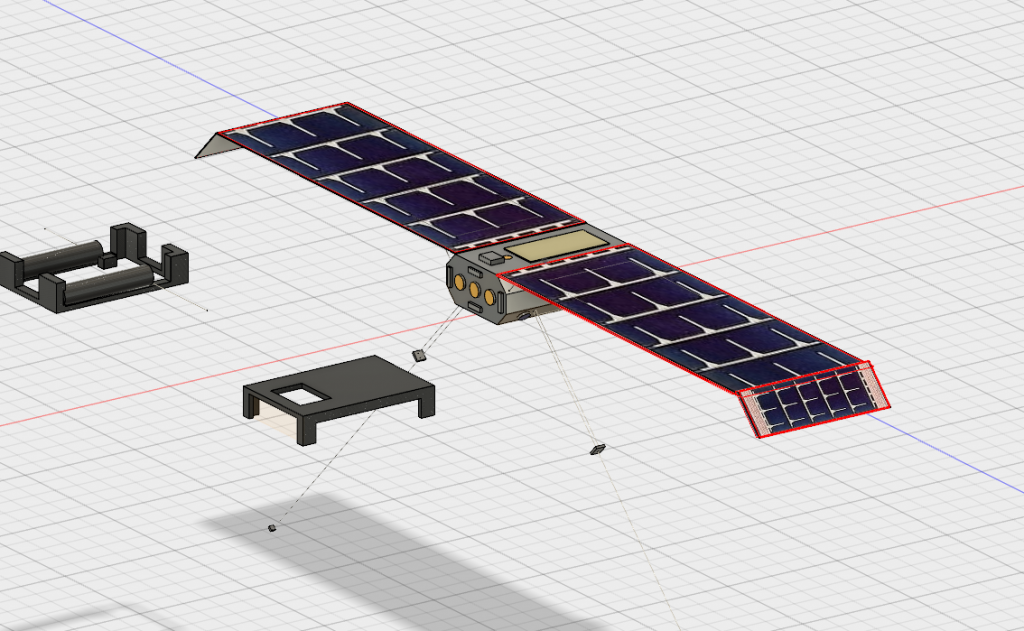 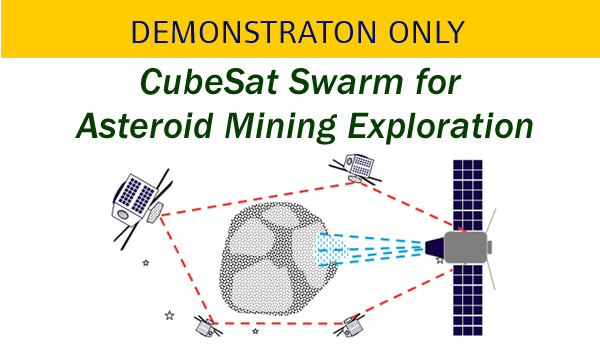 In-expensive CubeSats the size of smartphones will be mass-produced to operate as miniaturized units in swarms tasked with reconnoitring asteroids and the moon for water, precious metals and organic material.

Different CubeSats will have different roles, be fitted with different detectors, or act as communication points in the swarm.

Space Resources as an industry is set to take off, and finding and detecting the most valuable materials on asteroids and on the moon will be a new industry.

As the cost to launch hardware into space decreases, and technology advances meaning space craft are smaller, smarter and less-expensive, the cost of exploration decreases and becomes a competitive business model to that of on earth.